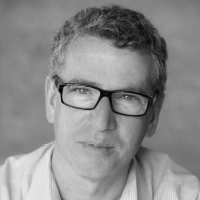 Bill is a graduate of the University of Melbourne (Commerce) and the National Institute of Dramatic Art (Technical Production). Following a period as resident Production Manager at Belvoir Street Theatre, Bill took on the Production Management role for the Sydney 2000 Olympic and Paralympic Arts Festivals.

As Production Director for the 2002 Adelaide Festival of Arts, Bill’s role incorporated the creation and development of new Australian and international productions, together with the inclusion of several community based projects.

In mid 2002, Bill returned to NIDA as Head of the Production course, fulfilling a desire and commitment to the training of young people in the Arts.

As Head of Programming at Sydney Festival from 2007-2012, Bill was instrumental in the sourcing and delivery of major Festival works and produced events such as Festival First Night, Movers and Shakers dance series, Smoke and Mirrors, Dawn Chorus and Trocadero Dance Palace. Following Sydney Festival, Bill was appointed Executive Producer for Global Creatures, where he was responsible for leading the Producing and Production teams in the delivery and management of the world premiere season of the stage musical, King Kong. Following Kong, Bill has worked on a contract basis for companies and events including: Erth Visual & Physical, Carriageworks, City Recital Hall, Adelaide Festival, Live Performance Australia, Barangaroo Delivery Authority and the Australian National Maritime Museum.