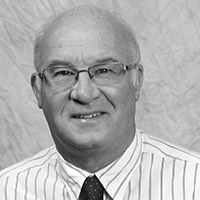 Graham Brown is Professor of Tourism in the School of Management at the University of South Australia – which was the first winner of the Education category at the Event Awards. He gained his PhD from Texas A & M University and has worked at universities in England, Canada and Australia. He is particularly interested in the relationship between events and destination management and was actively involved in the New South Wales government’s Tourism Olympic Forum prior to the Sydney 2000 Olympic Games. More recently, he has conducted studies at the Beijing 2008 and London 2012 Olympic Games, the FIFA 2014 World Cup in Brazil and the Tour Down Under in South Australia. He is in the process of writing a book about Eventscapes which discusses, with a series of case studies, the importance of design for environmental settings when staging events.
Graham Brown has recently published his book, Eventscapes, which directly examines the interrelation between events’ simultaneous dependence on and transformation of the places in which they are held: Read More about the Book